Sam Daggers, a junior at Absegami and a Galloway resident, is a country boy. He grew up in the south before moving to New Jersey…read more
Previous
Next

It has recently become too familiar.

Stockton University’s baseball team finished below .500 in each of the past two seasons, including 15-19 in 2017, when the Ospreys fell one win short of qualifying for the New Jersey Athletic Conference Tournament…read more 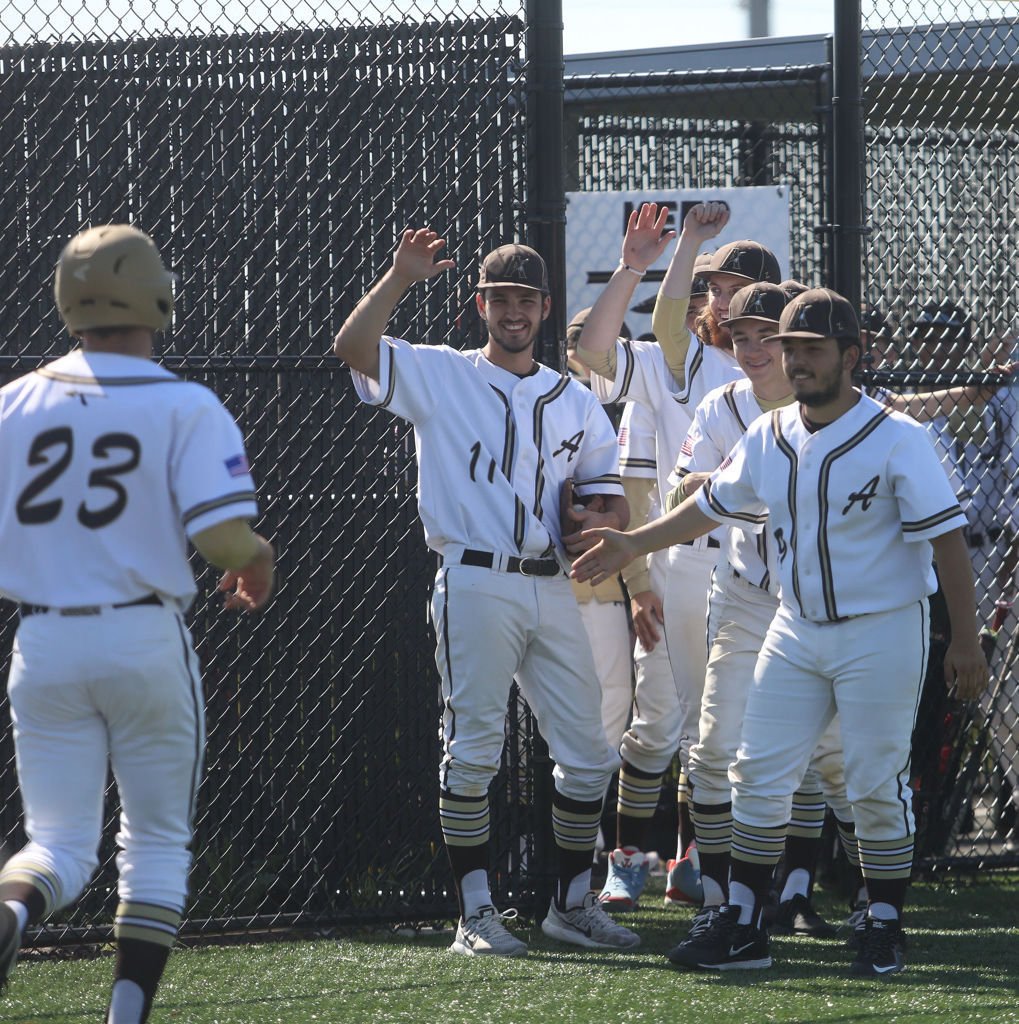 ATLANTIC CITY — The Absegami High School baseball team started the season as a collection of underclassmen and inexperienced seniors. The Braves are nearing the end of it as a bunch of hungry players who don’t want the season to end.

The Braves pounded 12 hits in a 12-2 win over Atlantic City on Tuesday at Chelsea Heights turf field, evening their record at 7-7 just before the 15-game cutoff for NJSIAA playoff eligibility.

Zach Fryling pitched six strong innings, scattering five hits and striking out three. He also helped his own cause with three hits, including an RBI single, and scored two runs.

“My focus always has just been on throwing strikes and getting the job done, and that’s what I did today,” said Fryling, a junior from Galloway Township. “When I’m pitching, that’s my main focus, because I’m out there more than one inning, but when you’re up at bat with a runner on base, you’ve got to just do your job.”

Sophomore Sam Daggers had three hits and five RBIs, including an inside-the-park, three-run home run in the seventh inning to complete the scoring. He also came on to pitch a scoreless seventh, striking out two.

Dylan Scaranda hit a solo home run, Kevin Snyder had three hits and scored two runs and Ray Lewis had a two-run single to get the Braves rolling in the first inning against Atlantic City starter Frank Curtin.

“The last four or five games, especially, we’ve really turned our offense on and flipped the switch when it comes to confidence at the plate,” Daggers said. “And that’s what our big thing was at the beginning of the season. I just didn’t think we had the right confidence and mindset, and the last four games we’ve clicked into gear. We really showed what kind of team we can be.”

Anthony Pikus and Nick Abrams had RBI hits for Atlantic City, which was coming off an upset of Vineland on Monday. The Vikings fell to 10-8 but have already locked up a spot in the South Jersey Group IV playoffs.

Fryling seemed to get stronger as the game went along, allowing only one hit in his last four innings of work.

“Zach is a throwback, bulldog pitcher,” said Absegami coach Brian Wastell. “He wanted to come out in the seventh and pitch, but we have to be smart with him. He’s 4-1 on the season. He’s an all-conference caliber pitcher, and he just goes out and does what you ask him to do. He leads off, he plays short and he pitches. He’s just a very good athlete.”

It was the second straight impressive starting performance by an Absegami pitcher, as Ryan Hillesheim threw five strong innings in a win over Cedar Creek on Monday. “That really helps,” Wastell said, “because the new pitch count (rules) do change things a bit.”

Absegami opened the season by losing four of five games and has struggled away from its home field in Galloway. But the Braves are picking it up at the right time, with six games left on the schedule before the start of the South Jersey Group III playoffs on May 22.

“We started the season with a mix of a lot of youth and then even some green seniors, experiencewise,” Wastell said. “We started a little bit defensive instead of being aggressive in attacking the game. Now in the last couple weeks they’ve gained confidence and realized that they can play with anyone. We’ve been seeing the ball really well, hitting the ball and being aggressive at the plate.”

Despite the youth movement, Daggers said he doesn’t consider it a rebuilding season, especially now.

“We want to keep this going into the playoffs, as far as we can do it,” he said. “Let’s get these seniors a couple more wins, and hopefully a nice playoff run before they leave. They deserve it, so us young guys are going to do what we can do.”